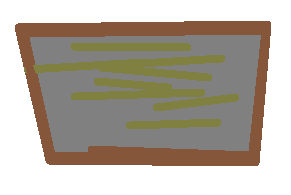 Antisemitism has been around a long time and I want to know why. I’m asking Spirit for an explanation, and here it comes:

Antisemitism is connected to lack of order. The nature of people includes desire for order. All people crave structure and patterns, even people who think they don’t.

The nature of the Jewish religion is structure. It is a religion that builds on structure, and more structure. The people who live within its rules and regulations become intertwined with the rules, and they strengthen through its order-giving vitality. The rules bond and envelop so that the ancestors bind with the living generation, and traditions live in each current phase of Jewish existence. Judaism is a religion that structures itself into a way of excluding others who are less structured.

The demands of this rigorous religion baffle people of other religions whose living is less structured or has rules that question the Jewish nature of being. This bafflement can be shifted into disdain or hatred when desires for power or status are present.  The transformation from a neutral position (bafflement) to a negative position (disdain or hatred) is filled with moments of grievances that arise from real or invented offenses. The grievances are attributed to the Jewish religion, and they become synonymous with Judaism. The breadth of negative feelings towards Jewish people is influenced by local events and superstitions.

Jewish people who strive for power and status will often use their natural connections to push their advancement. Their actions are natural for their perspective as intertwined brethren. Other people who see this Jewish connectivity do not understand it, and additional grievances can be developed.

Antisemitism exists in societies that are not connected to one another, and it is an amorphous growth. Pockets of hatred or dislike foment when societies are experiencing change and disruptions. The widening of the hatred and dislike occur when societies erupt in confusion and ineptitude.

Throughout history in societies where Jewish people have lived, the other peoples who have experienced confusion, disruptions and troubles from power seekers, want order and structure, and they turn to the Jewish people to foot their troubles. Sometimes their approach towards the Jews is positive and sometimes it is destructive.

This answer is not complete (and it was a bit hard for me to work out), but it is worth pondering. It doesn’t address antisemitism in places of extreme assimilation, but perhaps it does indirectly. If anyone wants me to ask more about antisemitism, let me know your questions.

Comments on: "Causes of antisemitism" (4)

© Renee Rothberg and Energy-Guidance-Complete, 2013-2021. Unauthorized use and/or duplication of this material without express and written permission from this blog’s author and/or owner is strictly prohibited. Excerpts and links may be used, provided that full and clear credit is given to Renee Rothberg and Energy-Guidance-Complete with appropriate and specific direction to the original content.