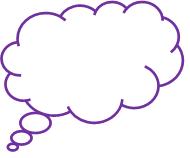 There have been studies that try to answer this question, and the answers have been contradictory. Some say Yes, the violent video games contribute to violent behavior and some say No, they don’t. It’s time to ask the authority–>Spirit.

Stop studying this problem and face it. Exposure to violence triggers changes in thinking, and often, in behavior. Witnessing violence through the senses–through the eyes and ears and touch of the body–creates changes in thought patterns. Watching a violent movie that affects the eyes and ears can challenge thinking, but the added component of touch–the touch of the hands and fingers and possibly the rest of the body as it “enters” the game–directly affects thinking. The more violent the game, the more changed the thinking. Violent video games are misguided entertainment that should be stopped!

The makers of violent video games won’t want to hear this answer, but there it is.