Clarification about the previous post: Unreleased energy leads to laziness 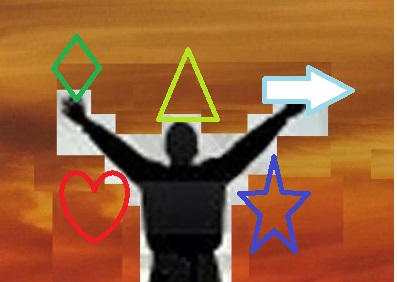 A friend of mine read the previous post and took issue with how judgmental the tone was about people who are “lazy”.

My friend is one of the least lazy people I know, but sometimes she doesn’t have the energy to train for a 10k run that she thinks she should do. The reasons she doesn’t have the energy to train are far from laziness. She doesn’t train for three reasons: 1) Her life is so full with work, family, volunteering in her community, and volunteering outside her immediate community that she isn’t as focused on the run as she would like to be. 2) Her expectations of herself are too unrealistic. 3) She has more compassion for others than she does for herself.

The last post wasn’t about laziness; it was about unreleased energy. Laziness is a byproduct of unreleased energy. People need to release energy. Not releasing energy leads to many negative and unbalancing effects: physical pains, emotional turmoil, depression, turning inward, turning away from others, frustration, laziness, and self-dislike. Taking breaks from work and physical activity is normal rejuvenative activity. It is not laziness.

Releasing energy through physical, intellectual, and social pursuits is nourishing, balancing, and necessary.