Illness and its consequences 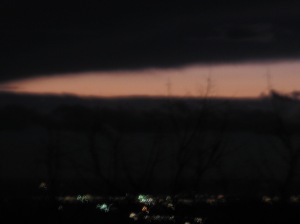 Illness is end result of improper or incorrect care. Illness reflects prior actions and illnesses. Emotional responses and imbalance can also trigger illness.

The main contributors to ill health are discussed in an earlier post: https://energy-guidance-complete.com/2014/06/05/the-forty-contributors-to-ill-health-and-to-possible/ These contributors also contribute to the various illnesses that strike. For example, sleep deprivation and dehydration can lead to general ill health and to succumbing to a virus.

The body has defenses to protect against invading germs, but if these defenses are troubled by internal weaknesses or disruptions, then the germs can overcome the defenses. Balanced health is required to keep the germs at bay.

When the body is chronically weak and disrupted, illness can cause life-changing consequences, as happened to an acquaintance. He is now in a facility that handles people who are well enough to not be in a hospital, but are too far gone to be at home. He was an active and innovative community member who overlooked his own physical needs. He slept too little. He ate too little, and when he ate, he often ate foods that did not nourish. He forgot to drink water regularly and he forgot to wear warm clothing when it was cold. He was emotionally inundated with other people’s problems and he would forget to address his own emotional hurts. He was spiritually searching, but not spiritually open to personal spiritual connection. His health was overlooked, and illness was seen as a nuisance. He became ill a few years ago, ignored the illness, became ill a few more times, took various medications (but not better care of himself), and  his body eventually “turned” on him. His decline was all-encompassing affecting his physical, emotional, and intellectual health. Doctors were consulted; medications were administered (with some success, but with too many side effects); workload was lessened; people were avoided. His chronically ill-cared-for body could not overcome the onslaught of germs, worry, medications, more worry, and more germs.

This post is a reminder to take care of yourself and to treasure the body that houses your soul.

© Renee Rothberg and Energy-Guidance-Complete, 2013-2020. Unauthorized use and/or duplication of this material without express and written permission from this blog’s author and/or owner is strictly prohibited. Excerpts and links may be used, provided that full and clear credit is given to Renee Rothberg and Energy-Guidance-Complete with appropriate and specific direction to the original content.